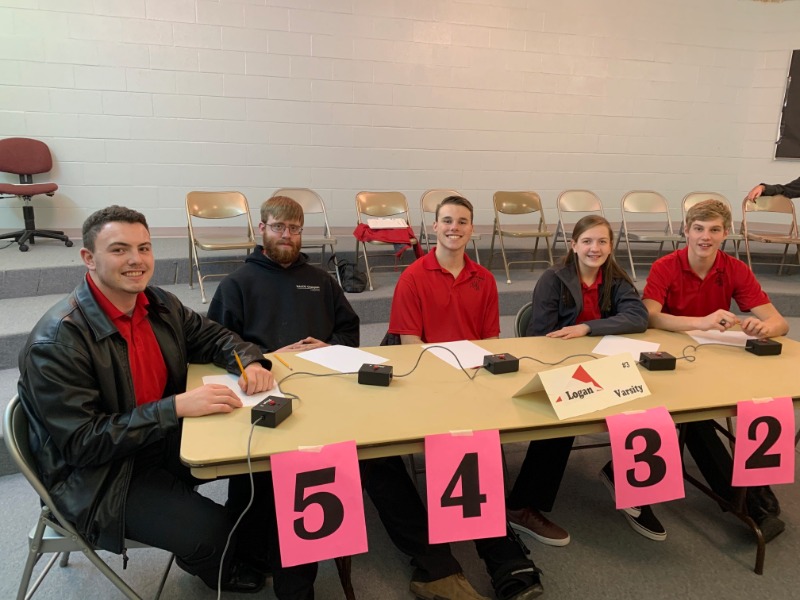 On Wednesday, January 22, the LHS Scholars Bowl team competed at the League Meet at Ransom.  Team members Zachary Jansonius, Jed Peace, Ian Sparks, Khloee Braun, and Dylan Van Laeys competed against the other eleven teams in the WKLL.  The Trojans lost a tie break to eventual champions, Golden Plains, and had several other close matches. They finished the meet 6-5 which put them into 6th place.  Wheatland/Grinnell finished 2nd, and Western Plains took 3rd.  The Trojans worked really well as a team and each team member made a significant contribution to the overall scoring.  Leading the Trojans in scoring was Dylan with 100 points. Zachary scored 80 and Ian added 70.  Jed and Khloee each scored 60.  It was truly a tremendous team effort! The Trojans are looking forward to competing at Regionals on February 6.